The beauty of franchise cricket lies in the teams which are not being controlled by cricket boards or ICC. PSL is no different and each PSL team owner owns a team that is a separate entity. Pakistan Super League team owners are keeping their franchise intact and no change in the ownership of PSL team has been seen so far. 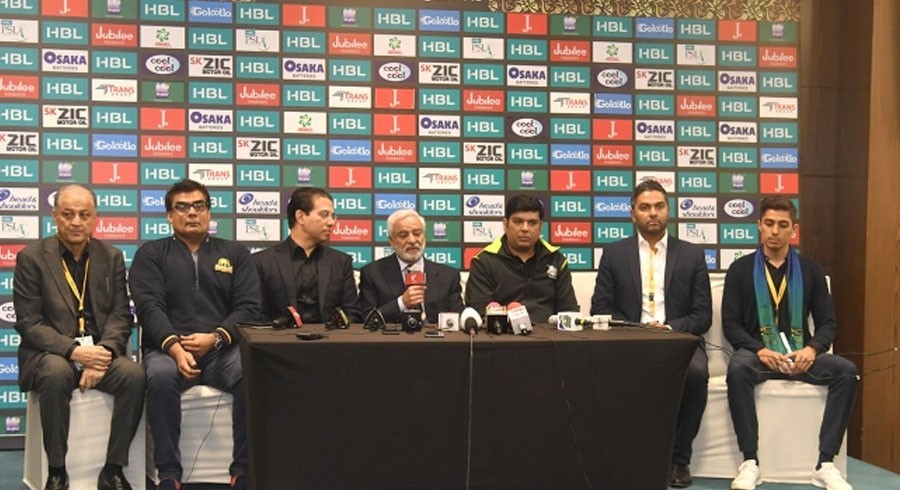 Islamabad United is owned by Leonine Global Sports. The owner of Leonine Global Sports is Husband Wide duo of Ali Naqvi and Amna Naqvi. Both of them do not have any cricketing background other than owning a team in Hong Kong Blitz. Although Islamabad United is their first venture in franchise cricket selection of their team and management proved to be a hit as they had won the PSL title multiple times.

He has appointed a good management team under his guidance this team is performing a good job starting from hiring a good coaching team to selecting of players to represent his team in PSL editions.

Fawad Rana the owner of Lahore Qalandar franchise in Pakistan Super League is one of the loveliest characters amongst all the team owners in PSL. He is the owner of Qatar Lubricants in Doha and his passion for cricket has taken him into the owner role of Pakistan’s one of the biggest cities.

He has become a household name amongst Pakistan fans due to his gestures on the ground during his team matches. He also started Lahore Qalandar Players Development program through which most players graduated to Lahore Qalandars team.

Ali Khan Tareen is easily the youngest lad to own a franchise team in Pakistan Super League. Young graduates with having bit of a political background have been enormously involved in his team matters.

He hired coaches from worldwide during the off-season and it pays the dividend when his team won the last edition of Pakistan Super League.

Peshawar Zalmi is one of the most colorful sides of Pakistan Super League and his owner Is also bringing flair to his team Javed Afridi is the owner of Peshawar Zalmi and as his name suggests he has a relation with Pakistan cricket sensation Shahid Afridi.

Javed Afridi led his side through the business entity Haier group. He has played one of the pivotal roles in enhancing Pakistan cricket roots through PSL in most parts of Pakistan.

Quetta Gladiator owner is Nadeem Omar who is acting as director of the company. Nadeem is the only owner in PSL to have a sporting background as a player. He is a former scrabble player and also currently serving as the president of Pakistan scrabble association.

He has served Karachi cricket for since long as he is the president of Pakistan Cricket Club whereas also serving as a President of Karachi City Cricket Association.

All these PSL franchise owners are from different backgrounds but their goal is to serve Pakistan cricket and to provide competitive cricket matches to cricket fans in Pakistan who were deprived of International matches for a decade.