Pakistan vs India T20 World cup 2021 Prediction can only be done on the recent form of both sides as both teams haven’t played against each other their last encounter in ICC World Cup 2019 where India ends up victorious. 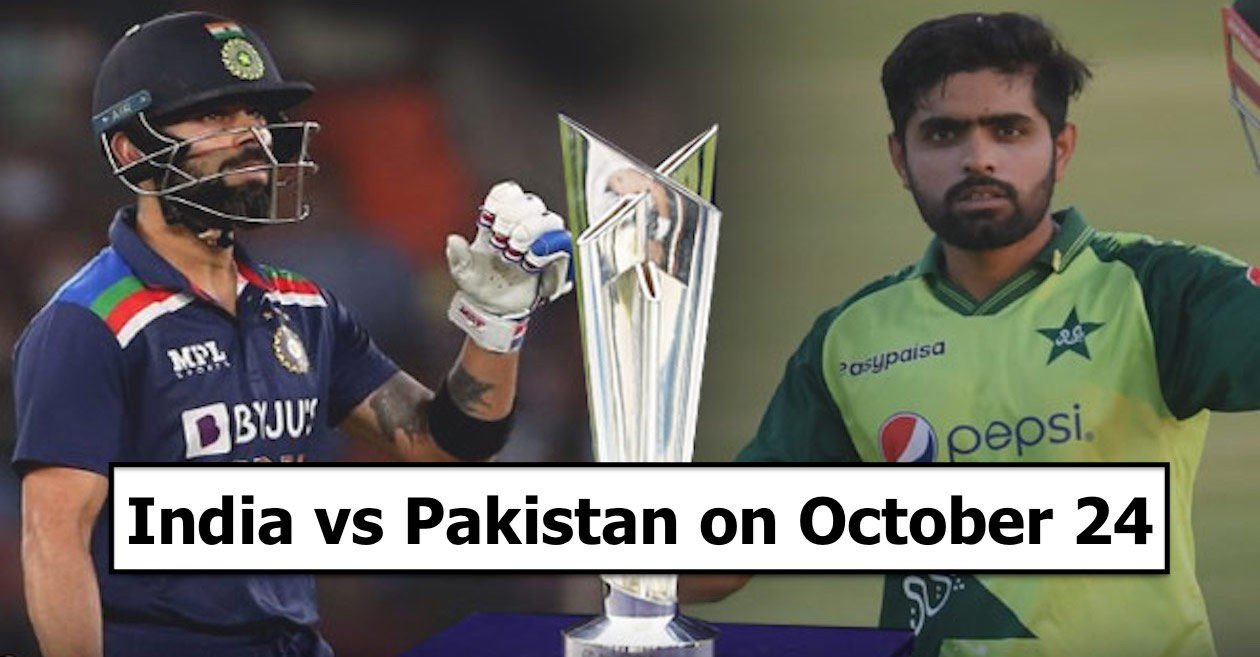 If you look at the overall T20I stats of both sides India is just a bit ahead of Pakistan in win percentage. India has won 64.18% of their T20I matches as compared to Pakistan who is just behind by winning 62.5% of their international T20 matches.

However, Pakistan has won the most international T20 matches across all teams but it is mainly due to the fact that they have played the most number of matches as well.

Despite Pakistan being one of the successful T20I sides in world cricket their T20I record against India is not much to talk about as India dominating Pakistan in the shortest form of cricket.

Both teams faced each other in T20I matches 8 times. India came out winners 6 times on the other and Pakistan only managed to win a single game against arch rivals.

India’s dominance against Pakistan in ICC events have been extended to ICC T20 world cup as well as they have an unblemished record against one of the top force in T20I circuit.

Both teams have played each other 5 times in T20 international matches and Pakistan still has yet to win a match against their arch rivals in ICC T20 world cups. India has won 4 matches whereas 1 match ended in a tie which was the first match between the two sides in the T20 World Cup.

However, India still managed to win that tied match on the bowl out which was the new rule for T20I cricket but later this rule has been subsided and replaced with a super over to decide the fate of the tied match.

This time both teams have been studded with rising stars of international cricket. Likes of Rishab Pant, Surya Kumar Yadav & Rahul Chahar are making them in IPL and also showed glimpses of their talent in short international careers so far.

India gaining the edge with the presence of experience T20I players in the form of skipper Virat Kohli, Rohit Sharma, Ravindra Jadeja, and Jasprit Bumrah.

However, Pakistan on the other handled by one of the best T20I batsman Babar Azam who is currently securing the 2nd spot in ICC batters rankings in T20I matches. Pakistan T20 squad for world cup 2021 is a bit thin on experience as only two players from the 15 members of the team Mohammad Hafeez and Sohaib Maqsood have featured in a T20 world cup before.

On the cards, India seems to start as favorites as they will be coming into the ICC T20 world cup on the back of strong preparation that they are going through while playing in IPL 2021 which was also taking place almost on the same pitches where T20I biggest extravaganza will take place.

On the other hand, Pakistan T20 world cup preparation has stuttered a bit by the cancellation of New Zealand and England’s tour of Pakistan which was planned in a way to have adequate preparations before the T20 world cup while playing against competitive sides.

Pakistan cricketers are now playing in the national T20 cup taking place in Pakistan in order to harness their skills before the mega event starts in UAE and Oman.

Despite odds favoring the Indian side heavily when you look at the recent form and formation of teams but the team that plays well on the given day and absorbed the pressure with a clear mindset and can eventually come up as winners.

Interestingly both teams have won the global title of T20 World Cup once since the inception of the tournament which has now taken place 6 times. India won the inaugural edition in 2007 when they inched out Pakistan in the final in Johannesburg.

Whereas Pakistan won the following edition in 2009 when they take over Sri Lanka at the home of cricket Lords in England.