Babar Azam and Fakhar Zaman rapt with the bat as they scored 50 and 46 runs, individually, while the Pakistani bowlers needed also to pick up timely wickets to limit West Indies to 130. 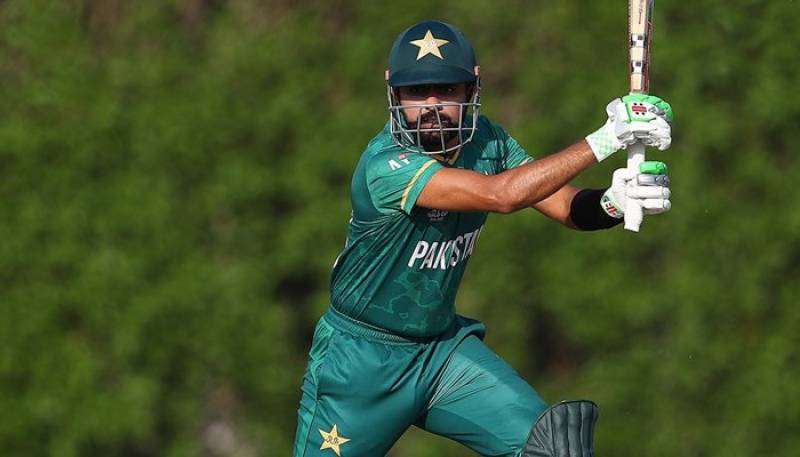 West Indies’ Ravi Rampaul had shown Mohammad Rizwan stuffing initial at 13, while Hayden Walsh had busy the wicket of Babar (50), and Mohammad Hafeez — who left for a duck.

West Indies had won the toss and elected to bat first beside Pakistan in the first warm-up match amongst the two sides.

Pakistani bowlers put up a solid show against a destructive West Indian side. The Windies not ever saw relaxed batting first, down wickets at even intervals, and only handling to finish their inning at 130/7 from their 20 overs.

Hassan Ali continued the pick of the Pakistani bowlers, option up to two wickets (Fletcher and Pooran) while generous away only 21 runs from his four overs.

Right-arm pacer Haris Rauf contributed away 32 runs after his four overs but achieved to pick up the two valued wickets of Keiron Pollard and Chris Gayle though Shaheen Afridi achieved to take two scalps as well but provided away from an classy 41 runs from his four overs.

Left-arm bowler Imad Wasim place in an imposing act with the ball as well, charitable away only six runs from his three overs at a cheap rate of two runs per over. He also succeeded to take the scalp of Roston Chase.