Former Indian Captain and Coach Ravi Shastri was appointed as Commissioner of this new league. Whereas Bollywood Star Amitabh Bachan was nominated as the brand ambassador of LLC 2022 Live. 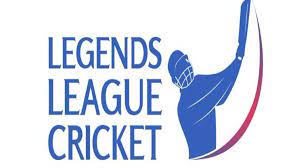 This Series will be great fun as all past cricketers of Asian descent from Pakistan, Sri Lanka, and India have enjoyed great rivalry in the past with stiff competition and also have good friendship and respect with each other.

Legends Cricket League 2022 will be played between the three teams. Names of the team are already announced. Teams will be comprised of various past legends from prominent cricketing nations.

Name of World XI teams are still not finalized but they will have some big names from Australia, England, and South Africa.

Legend Cricket League is scheduled to take place between 18th to 22nd January. The tournament will be played in a double round-robin league format where each team plays twice against each other and the top two teams play a direct final.

The venue for the Legends Cricket League 2022 in Oman and all matches to take place in Al Amerat Cricket Stadium in Oman. This is the same stadium that co-hosted the matches of the recently concluded ICC T20 World Cup 2021.

List of Pakistan Cricketers in Legends of League Cricket 2022

This new cricket league originated is made for fans rather than the game so what is important for viewers around the globe as to how to watch live streaming of legends league Cricket 2022. Although the complete still is not revealed there are a few live streaming options that are obvious.

Below are the channels where fans can watch their favorite cricketers from the past in legends league cricket online for free.

Legends league cricket will be available in many countries via TV channel broadcast as there are many cricketers from different parts of the world who will play in this tournament.

The list of TV channels for Legends Cricket league is mentioned below: