As expected because of the buzz created during the last few days that Pakistan may ring few changes to their already announced squad for the T20 world cup. Timely performances in National T20 cup taking place in Pakistan resulted in the inclusion of Fakhar Zaman, Sarafraz Ahmed and Haider Ali as all been included in Pakistan squad for the T20 world cup in UAE and Oman later this month.

Wicket keeper batsman Azam Khan (123 runs at average of 17 in 9 outings) and Fast bowler Mohammad Hasnain (6 wkts in 7 games with an economy close to 10 runs per over )both being dropped after their lacklustre performances in T20 cup whereas Khushdil Shah has been included in travelling reserve. 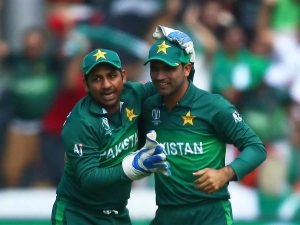 It is important to note that teams can made changes to their squad till 10th Oct, 2021. Young Haider Ali ahs a sudden change of fortune as he had been sent back from recent Pakistan tour of England due to breach of COVID protocols and he responded with his bat and currently leading the batting charts in National T20 cup with 317 runs in 8 games.

Sarafraz Ahmed also performed well with the bat and has been among the runs in the tournament and more importantly most of his runs came at crucial times for Sindh whom he is leading form the front.

Fakhar Zaman inclusion is least surprising as he was already in travelling reserves and has swap his position with Khushdil Shah who lost his form at crucial juncture of his career.

Now Pakistan updated squad looks like as mentioned below. Pakistan will start their T20 World Cup campaign by playing against arch rivals India on October 24th, 2021.